DNSpionage, an attack in the heart of Internet

On Saturday 23 February 2019, the ICANN (Internet Corporation for Assigned Names and Numbers) alerted the world that the whole Internet was attacked. David Conrad, an official from the ICANN declared that « this attack on the Internet infrastructure itself is unprecedented on such massive scale ». Based in California, the ICANN manages the online « Domain Name System » (DNS) meaning web addresses .com, .fr , and even .gov.  It is precisely this system of domain names which has been the victim of this unidentified massive attack. Why it this attack alarming many specialists ?  Not only, this attack highlights the many weaknesses of the Internet infrastructures, but it also represents another step forward in hacker’s capacity for harm. Indeed, during this last massive attack, the hackers have been able to replace many addresses of authorized servers in order to redirect the data to their own servers, thus being able to collect passwords, email and addresses, or even to capture the whole traffic of data. The casualty list is quite diverse ranging from governments, public institutions and companies in Europe and Middle East.

So as to improve the global cybersecurity, the ICANN calls for the deployment of the Domain Name System Security Extensions (DNSSEC) protocol that secure datas and DNS record end-to-end. However, being a solution more costly than the simple DNS protocol, according statistics from Cloudflare, an american IT company, only 3% of the companies within the Fortune 1000 have implemented it.

There is still a long way to go before making everyone aware of the growing importance of cybersecurity.

The rising protests in Algeria

Elected President of Algeria on April15th, 1999, Abdelaziz Bouteflika applied on February 10th for the next election in April, thus willing to run for a fifth mandate. This announce set fire to the Algerian society which is now divided by the many protests rising against the aging president. The fervor of the many protestants can be explained with the economic and social turmoil which is affecting the Algerian society. Indeed, according to the National Statistical Office, the unemployment rate is between 10% and 13% nationally and even reach 26% among young people and 18% among graduates. This social crisis is overlapping with a housing crisis which has been going on for many years.

Brahim Oumansour, associate researcher at the Institute of International and Strategic Relation, also points out that the impression of « corruption and clientelism » contributes to « exacerbate a feeling of injustice among the populations that do not benefit from the national wealth. Moreover, since the beginning of this movement, journalist denounced the silence imposed by their hierarchy. Some were even arrested during a meeting promoting press freedom. Reporters Without Borders accused the Algerian authorities of « making every effort to muzzle the media ».

Since 23 January, Venezuela has been living with two Presidents : one elected, Nicolás Maduro, and the other, self-declared by interim, Juan Guaidó. This unprecedented political situation divided a country with was already under a severe economic and social crisis. Such a situation concludes years of protests against the regime which has been unable to solve the social and economic crisis it is suffering since 2015. Since 2015, hundreds of thousands of Venezuelan left the country which has been severely affected by the fall of oil prices. Increasingly contested for its efficiency, Maduro hang on to his mandate reinforcing its influence. The creation in 2017 of a new legislative body, the Constituent Assembly was meant to draft a new Constitution, and reduce the influence of a Parliament which was quite critical. The advent of a self-declared President is a direct corollary of the last presidential election held May 2018, which has been boycotted by the opposition and whose result has not been recognized as legitimate by a great portion of the population, the members of the LIMA group and even the United States. The political isolation of Maduro on the regional and international stage complicate even more the situation in Venezuela. Blocking the flows of humanitarians aids, cracking down on protests by force, Maduro seems to be ready to do everything to keep its mandate. However, its days might be numbered with an army which is increasingly less in favor of his presidency.

In 2014, the Kremlin engaged the annexation of Crimea. This act was despised by the international community, imposing sanctions on Russia for an “illegal occupation” of a territory in a sovereign country. The United Nations Human Rights Monitoring Mission have noted the many cases of Human Rights encroachments. However, up to this day, the situation seems to have worsened. Crimea now appears to be the first step of a complete Russian invasion of Ukraine. In fact, Russian-led forces are attacking Ukranian positions sparingly. Soldiers are dying, from both sides, but Moscow has been demonstrating an extraordinary fire power. Unfortunately, these events are not really publicised and leaves Kiev on its own without any proper support from the international community. Once again, as it has been underlined in the past, this kind of affairs call the UN’s legitimacy to intervene and solve conflicts into question. The world is facing a world-class crisis which is totally covered up.

ISIS: towards the end?

After years of terror, ISIS seems to be defeated. Last year, the Islamic State’s main strongholds were taken into the hands of the Coalition-led forces (i.e. in Iraq). In the first days of February, the Syrian Democratic Forces (led by Jiya Furat) — backed up by American airstrikes — managed to launch a decisive military assault on Baghouz village near the Iraqi border. According to the Economist, « though Islamic State fighters still hold out in a pocket of central Syria’s remote desert, and have gone underground as sleeper cells in Iraqi cities, able to launch new attacks, their territorial rule is, for now, almost over.” However, for Donald Trump, ISIS is already defeated and unable to launch new attacks and even less spread their Caliphate in the Middle East. The reason is simple; « some The oilfields and archaeological sites that is had looted to finance the world’s most powerful jihadist movement provide a backdrop. Its hospitals and police stations lie in ruins. Some 35,000 people, including about 3,000 fighters, have fled” (The Economist, 2019). This is the result of a conjoint work, led by Turkey, Syrian, The US, and some other nations who effectively fought against a tough Islamic State.

Yellow Vests: what is going on?

After 3 months and 14th consecutive demonstrations, what is going on with their claims? The french movement is shaking the world: what is going on? Well, for now the French government has already made concessions to let down the idea of increasing the prices on gas. The French government has also decided to increase the minimum wage by 100. This seems satisfying, however, the “yellow vests” are still in the streets protesting — in the streets or on the roundabouts — against the government’s “unfair » treatment. The “XIV » act took place on the 16th of February. The Ministry of the Interior announced that 10,200 Yellow Vests were present (3,000 were gathered in Paris only) which represents a decrease of almost 2,000 demonstrators in comparison to the previous act a week before. In contrast, 282,000 Yellow Vests were present the 17th of November 2018. At a first glance, we could definitely think that the movement is running out of steam since its early creation. But why? The attendance plummet could be explained by the violence that occurs oftentimes during the demonstrations. Actually, people might feel less represented by the minority  of rioters. Or, it could just be that some people have seen their goals fulfilled and have less interests in the extension of this famous movement.

Kashmir: towards a new Indo-Pakistani war?

The creation of Pakistan in 1947 has led to many military crisis. Among others, on of the main source of contention remain the Kashmiri question. In short, India and Pakistan both claim Kashmir to be theirs.  Since the independence of the Islamic Republic of Pakistan, the two neighbour powers have gone to war three times. According to the Guardian, the Kashmiri border is one of the most militarised borders in the world. By the end of February, tensions appear to be higher as ever. Indeed, earlier this month — on the 14th of February — India blamed Pakistan for the death of 47 Indian troops in the Indian-controlled part of Kashmir. Jaish-e-Mohammed — a Pakistani jihadist group mainly active in Kashmir — is said to have planned the attack. In the following days, India and Pakistan have respectively entered in a military conflict: airstrikes, bomb dropping, … Things are escalating quickly, and Kashmir seem to witness one of the worst crisis it has ever witnessed. Plus, the two belligerents are Nuclear weapons possessors and some fear the start of a possible nuclear war. However, this conflict is part of a bigger picture: the long-going hatred between Islamabad and New-Delhi. Once again, this further challenges the separation of India right after its independence. Is the world going to face a new Indo-Pakistani war? Note that this conflict is concealing the existence of some groups which dream of the Birth of an independent Kashmir. 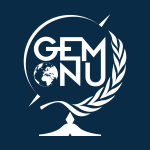